This beautiful building, which is home to Rixheim Town Hall (main part), the Zuber factory (left wing) and the Wallpaper Museum (right wing), was once a commandery of the Teutonic Knights.

The German order of knights, which was both religious and military and founded, like the Templars, in the 12th Century, owned many properties in the Alsace. The commandery was first established in Mulhouse in 1230 and later transferred to Rixheim at the start of the Reformation (1527).
The building, constructed by the Order’s architect Jean Gaspard Bagnato from 1735 onwards, consists of a central section with three floors, including an attic, and two adjacent wings. Classical in style and rather austere, it is decorated only with carved mascarons above the windows which face onto the garden. On the ground floor of the main building, the flagstones and ornamental woodwork are original.
The French Revolution led to the departure of the Teutonic Knights. In 1797, the building was bought by a wallpaper manufacturer which, in 1802, adopted the name of “Jean Zuber et Cie”. At the beginning of the 19th Century, the company erected wings to house the wood-block printing workshops and constructed out-buildings for the development of machines to be used for production. 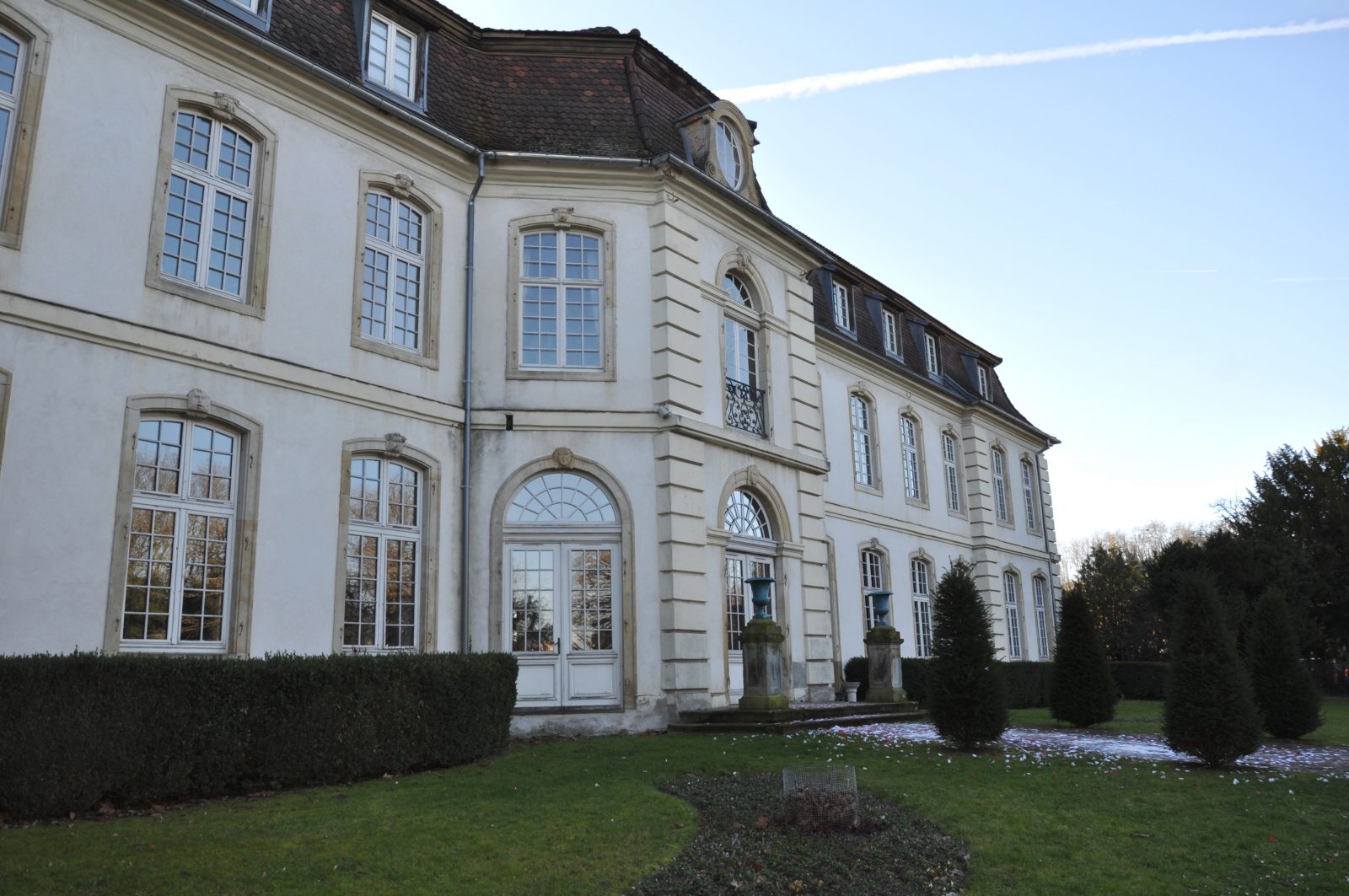