Panoramics, or scenic wallpapers, are landscapes formed from block-printed sheets of wallpaper which are pasted side by side to cover all the walls of a room. The person in the room has the impression of being surrounded by a pastoral or urban scene which transports them in their imagination to another time or place.

Over a hundred designs were produced, mainly between 1800 and 1855, by manufacturers in Paris, Lyon and Rixheim. They enjoyed prodigious success throughout Europe and then all over the world during the 19th Century. Printing this décor, using several thousand different printing blocks, was a real technical achievement.

The first designs involve exotic scenes in places such as India or the South Pacific, or else mythological, military or romantic settings (Psyché, Les combats des Grecs, Renaud et Armide etc.) Others portray famous or imaginary French locations (Palais-Royal, Vues de Lyon, Les jardins français). From 1840 onwards, the human form disappeared from the landscapes and they turned into condensed visions of the known world (l’Eldorado, Les Zones terrestres, L’Eden). Various corners of the globe are portrayed each with detailed depictions of specific types of flora and fauna. While the industrial revolution and scientific progress were turning everyday life in the West upside down, the householder whose living room was decorated with such scenic wallpaper could retreat into this paradise of which he imagined himself to be the master

Design by Wilhelm Rehlen – 1820 – View of the interior of the drawing room of Princesses Sophie and Marie of Bavaria at the Nymphenburg Palace near Munich (Germany) – Décor consisting of wallpaper from Zuber’s 1815 collection: the panoramic entitled La grande Helvétie, skirting board, pillars and a coving frieze.

Design by Auguste Theodor Kündig – 1850 – View of the interior of the bedroom of a house in Basel (Switzerland) – Décor consisting of wallpaper including the panoramic entitled Les vues de Lyon , manufactured by Sauvinet 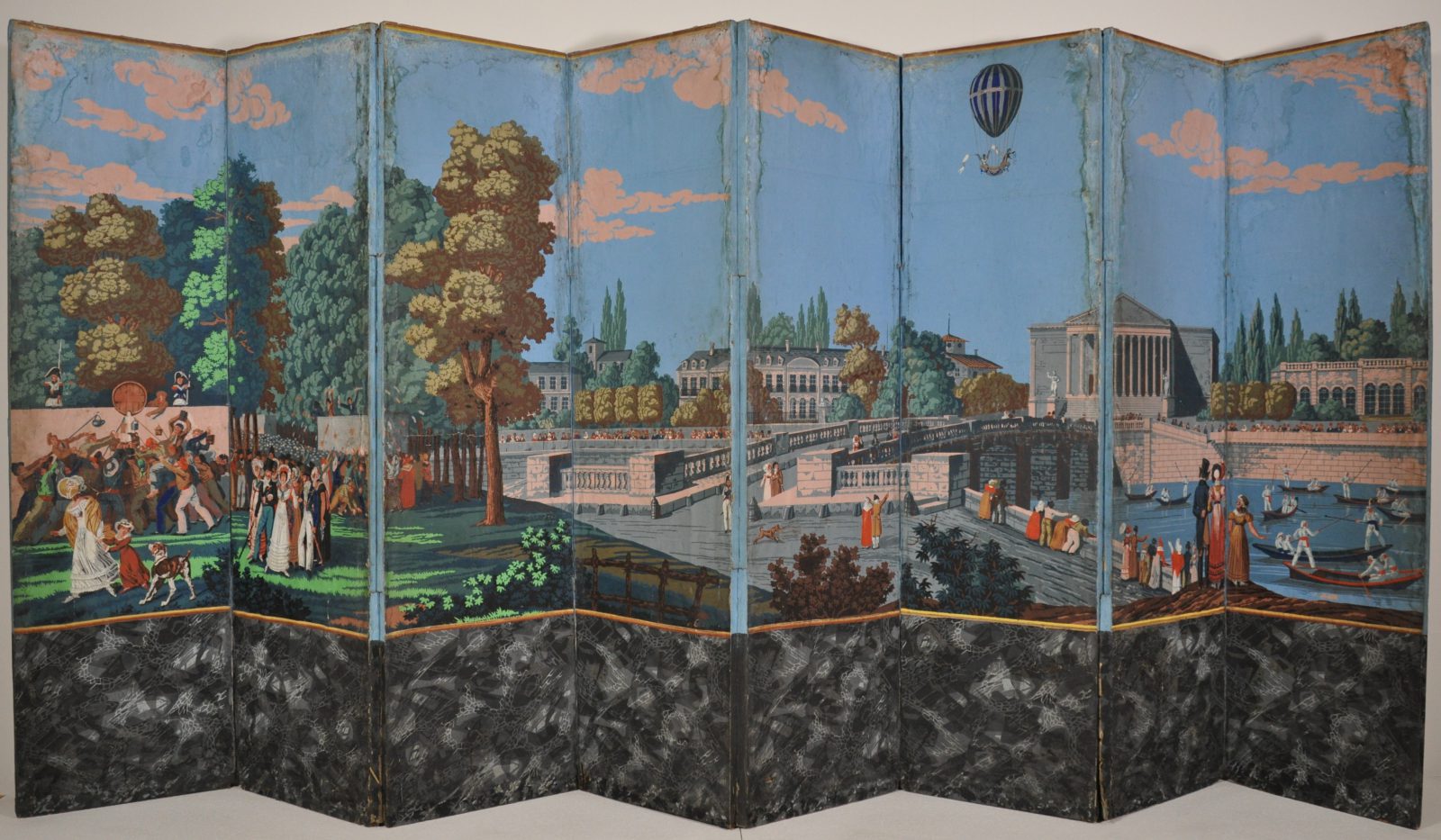 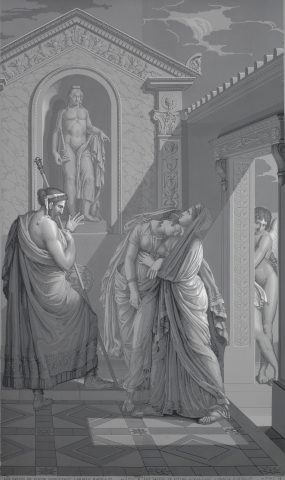 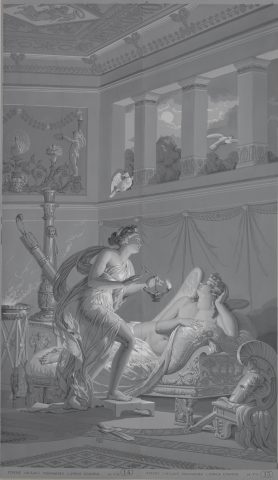