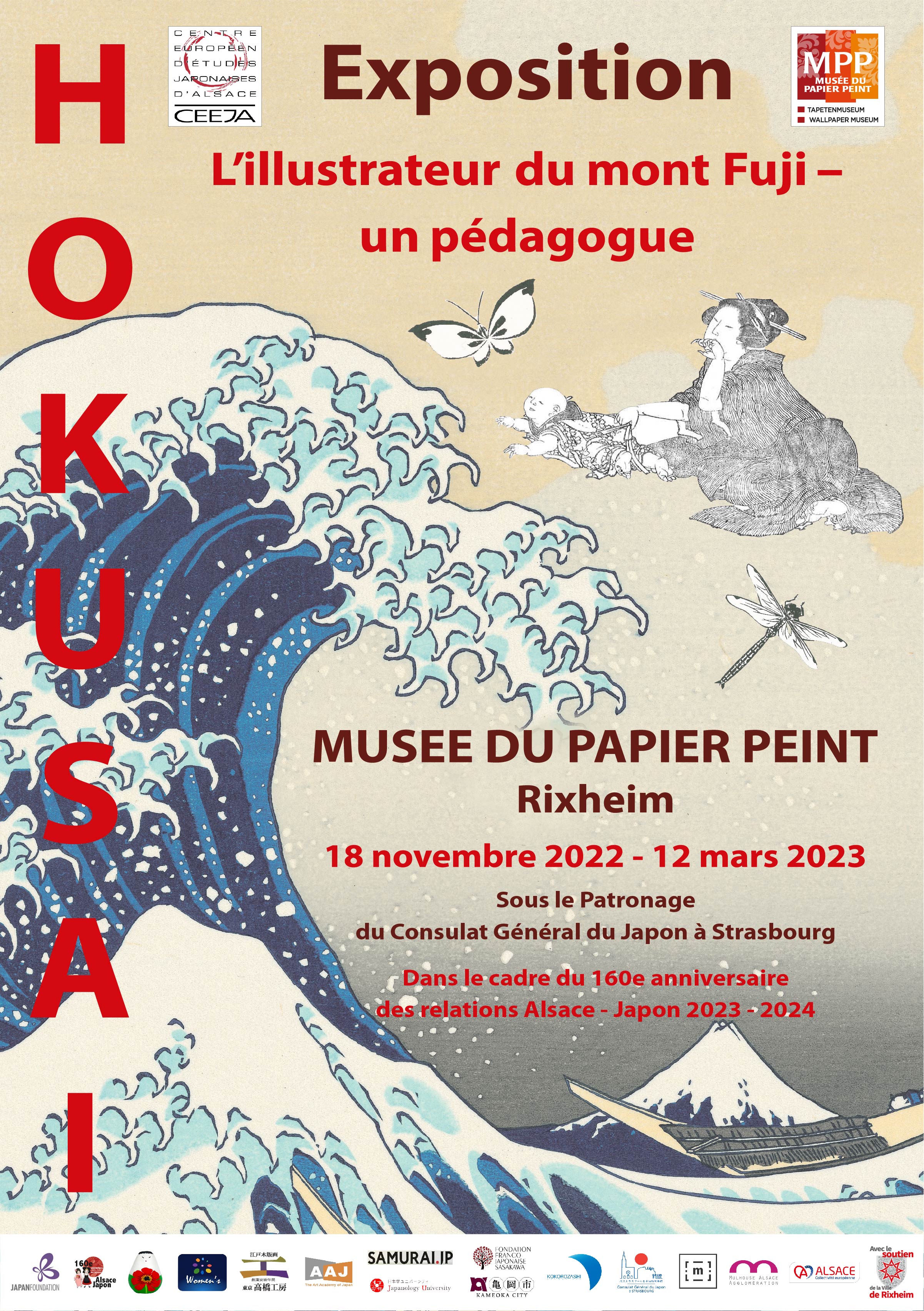 This exhibition presents the art and talent of Katsushika Hokusai (1760-1849) around two sets of his prints: the thirty-six views of Mount Fuji in a version recently printed by the Takahashi Kôbô workshop and a set of 30 plates of the Manga, from the private collection of Uragami Mitsuru.

This exhibition is part of the 160th anniversary of Alsace-Japan relations organised by the CEEJA.

The exhibition is curated by a Japanese team led by Mr Endô Tetsuhisa and Ms Yasui Hiromi from the Japan International Hokusai Academic Foundation.

Although wallpaper has its own history, linked to its techniques and use, certain wallpapers patterns are part of the more general history of images. For example, some of the designs produced by European manufacturers at the end of the 19th century were influenced by the Japanese culture that the West was discovering. Japanese prints in particular became a source of inspiration, sometimes quoted directly, as in this wallpaper from the Rixheim collections, which uses three prints, including two by Hokusai.

Thus, alongside the CEEJA exhibition, 65 wallpapers illustrate the different currents of Japonism in the decorative arts. 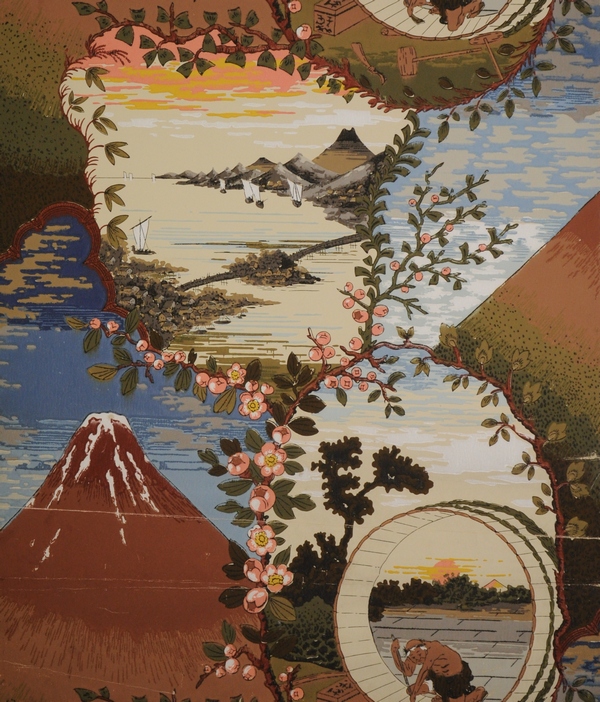